Baccarat is a fun and popular card game played by a large number of gambling people around the world.

The goal of the baccarat game is to get your hands as close to nine as possible. If you received a total of 8 or 9 from the first two cards, then such a hand is called genuine in the baccarat rules.

On such a hand, the player no longer needs to draw cards.

How to play: Rules for all players

Unlike other casino games, a player can bet both on the win of his hand and on the hand of the dealer. There is also a bet on a draw, which is paid much higher than usual. A draw is paid with a ratio of 9 to 1 or 8 to 1 (depending on the online casino). Initially, the rules for passing and placing in baccarat may seem complicated to you.

But to understand them is quite simple and many players consider this game one of the simplest. In fact, the only choice a player faces is a bet choice. Baccarat rules allow you to play as efficiently as possible.

Cards from two to nine are considered at face value. Ace counts as a unit. Pictures have zero value. For scoring, card values are added up. If the value exceeds nine, the first digit is discarded.

For example, a hand with 5 and 8 will have a value of 3, instead of 13. Baccarat strategy allows you to reduce risks for the player.

According to the classic rules of baccarat, the game begins with bets. Next, the cards are dealt to the players and the dealer in two pieces.

In a real casino, one player can have three hands, but in an online casino, as a rule, only one hand is dealt to a player. Only those players who bet on victory of one of the parties win.

How to win: Strategies to play like a Pro

If none of the players has a natural combination, there are certain rules for receiving a third card in your hand:

Once both hands have received their cards, a hand with a total number closer to nine is considered the winner. If there is a draw, players who bet on a draw receive a win from 8 to 1 to 9 to 1. The coefficient is determined by the rules of the baccarat of each particular online casino. Baccarat game today is very popular with players. 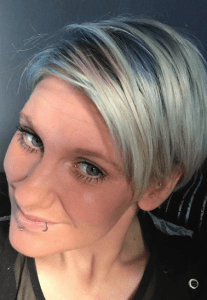 My name is Becky. On my blog I will teach you how to play baccarat. I will talk about the game as a whole, the best strategies and of course how to play correctly and win.